… to the web site of the LONDON IRISH RIFLES ASSOCIATION. 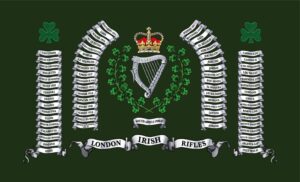 A Happy New Year to you all.

As we look forward to the coming year, 2023 is again likely to prove to be an important one for us so please keep in close contact, whether it by regularly visiting this website or joining the Regimental Association and coming along to one of our parade days. The first parade of this year will take place to commemorate St Patrick on Sunday 19th March so look out for details for that over the coming weeks.

Looking back at the highlights of the last year, back in the spring, there was a very emotional and resonant parade on St Patrick’s Sunday, the last time (in name) for the current incarnation of the London Irish Rifles and the last opportunity (for now) to raise the caubeen in cheerful celebration. In May, we were again able to hold our AGM and Annual Lunch at the Civil Service Club with excellent piping support being provided by Pipe Sergeant O’Connor and Piper Griffin. In mid summer, our Pipe Band, alongside many of our members, were on parade as usual at the Cenotaph for the annual parade of the Combined Irish Regiments’ Association – this year marked the 100th anniversary of the disbandment of a number of the Irish Regiments in 1922.

In the early autumn, members of the Association enjoyed a very successful and immensely moving pilgrimage to Sicily to remember men of both battalions who were embattled on the island during July and August 1943.  Over the weekend of 17th/18th September 2022, the party attended a commemorative service at the CWGC cemetery in Catania and Memorial unveilings in both Piedimonte Etneo and Maletto. A great week indeed. Our Regimental forebears were certainly looking down on us and parading in time with the skirls of the Killaloe and the Garryowen.

Back at home base, later in September saw the Association commemorate the Regiment’s exploits at the Battle of Loos in 1915 and across the water in Northern Ireland in early December, I was able to lead our representation at the Stormberg Day service at Belfast City Hall. Always a very notable occasion for those of us who are able to attend.

All in all, 2022 saw a near return to normality for us – at least on the Regimental Association front – and I’m sure that 2023 will continue the positive upward trend for us all.

Please make sure you have provided an up to date postal address to our Membership Secretary: 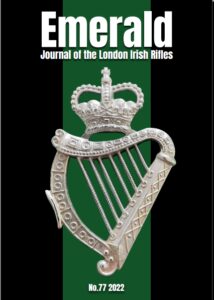 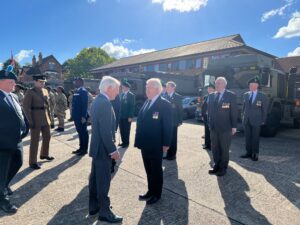 To foster friendship and fellowship among all past and present members and associate members.

To afford financial assistance to past members of The Regiment and their dependents.

To administer and accept responsibility for The Band.

To administer and accept responsibility for the Regimental Museum.

To encourage all members to attend organised functions of the the Association and of the Regiment.

The Welfare Officer is contactable directly by eMail: welfareofficer@londonirishrifles.com.

You can find an MoD link for the London Guards here 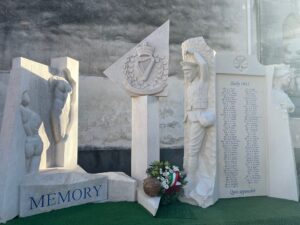 Find out more about the history of the London Irish Rifles

THE PIPES AND DRUMS

You can contact the Band President by eMail: bandpresident@londonirishrifles.com 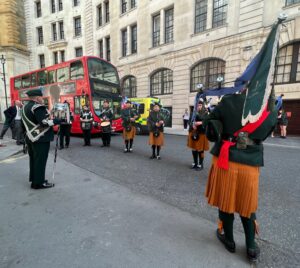 Read more about the Pipes and Drums of the Association 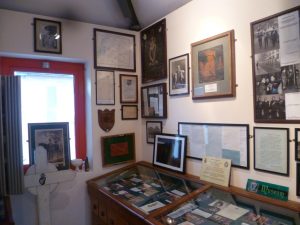 Find out more about the Museum’s activities

Connaught House is located in Camberwell, and easily accessible by car, bus, tube and by overground train services.