Home » Welcome » The Pipes and Drums

The Pipes and Drums

From the time of its formation in 1906, the Pipes and Drums formed an integral part of The London Irish Rifles, before coming under the umbrella of the Regimental Association in 1969. 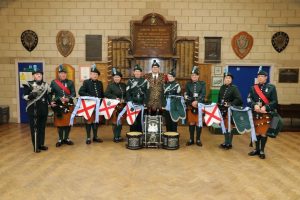 The Pipes and Drums perform annually at the ceremonies of St Patrick’s Day, the Combined Irish Regiments’ Parade, Loos Sunday and Remembrance Sunday. In addition, they support London Regiment events, including the Lord Mayor’s Show, and along with The Pipes and Drums of the London Scottish, have taken part in Public Duties at Buckingham Palace. 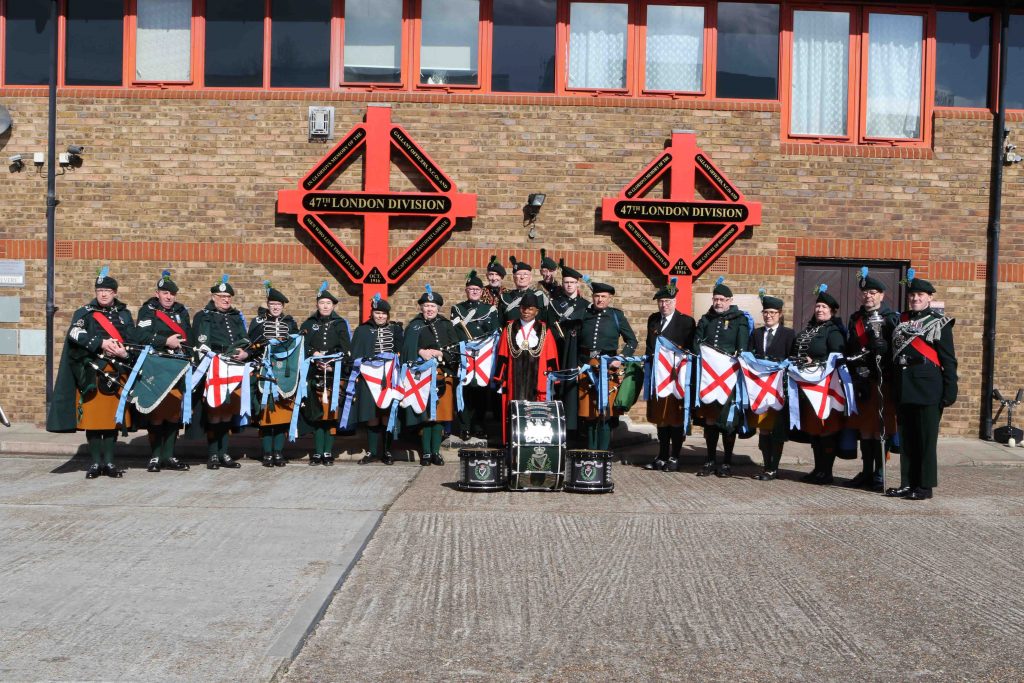 You can find a Facebook page for the LIR Pipes and Drums by following this link.

We welcome new members to carry on the proud tradition of the Regimental Pipes and Drums: remembering when they marched in the Allied victory parade in Tunis in May 1943, and at the Vatican during June and July 1944. Two evocative events, among so many, at which our Pipes and Drums have performed so memorably over the past 113 years…

You can read about the Band’s history in “The Pipes and Drums of the London Irish Rifles, 1906 – 2006”, written by George Willis and George P. Willis, and this is available for purchase from the Museum, now for £10.

A Listing of current and former Band Members can be found here.

Members of the Pipes and Drums took part in the Annual Beating The Retreat Ceremony in Horseguards Parade on 13 and 14 June, 2012.

A short clip of the ceremony can be found by clicking here: