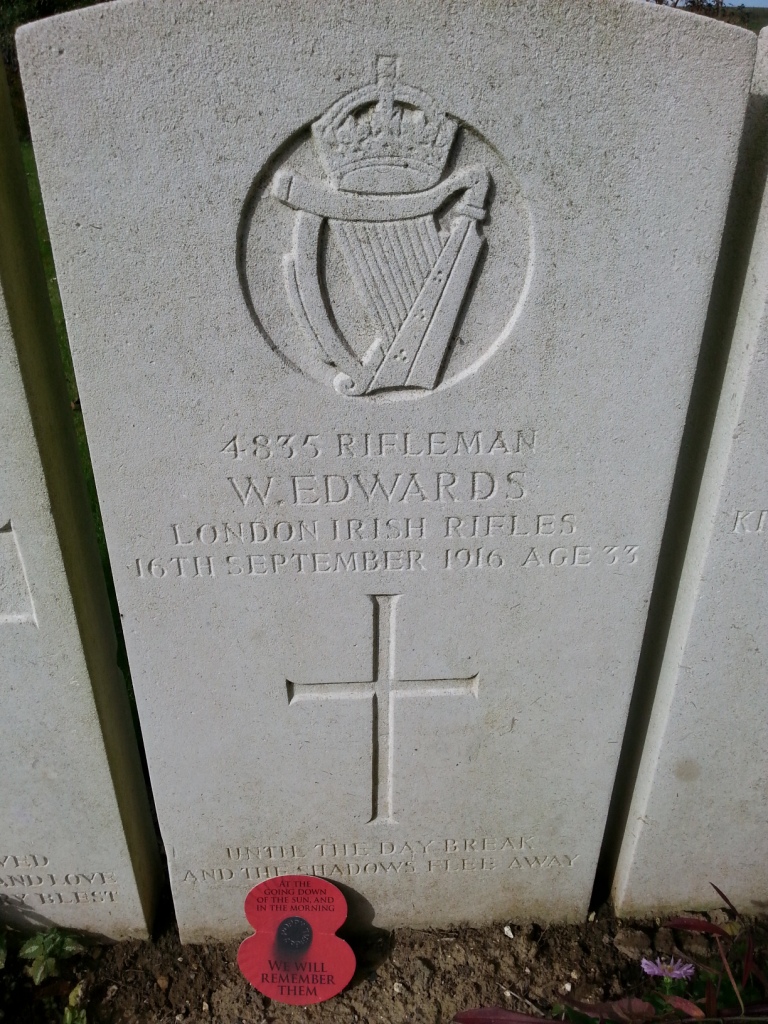 We’ve received a photograph from Association members, Bob and Gary Carlisle, of the final resting place of Rifleman William Edwards, who is buried at Dartmoor Cemetery, Becordel-Becourt, which is near to Albert in Northern France.

Rifleman Edward was killed on 16th September 1916 at the time of the bitter fighting for the London Irish Rifles at High Wood, near the Somme.
Quis Separabit.